A Sense of Fate (Perceptions Book 7)

Flora Latimer settles into life as an independent young woman in Lyneham village with Remus, her interfering spirit guide, always willing to offer unhelpful advice. She spends her days helping the infirm with her herbal remedies and furthers her friendship with Archie Hardwick, the injured Marquess of Felsham, who is now a close neighbor.

Returning to Salisbury for her sister's wedding, Flora despairs when her father, the Cathedral's Dean, attempts to encourage her interest in Elroy Conrad. Flora makes her dislike in the flamboyant banker plain but Conrad proves to be annoyingly persistent.

Flora's routine is turned on its head when Melanie, her youngest sister, arrives at her cottage distraught and badly beaten, begging for sanctuary. Flora recognizes the nature of her injuries, having herself suffered similar brutal punishments at their father's hands.

Flora fends off her father's demand for Melanie's return, and struggles to repel Conrad's unwelcome attentions. Flora and Archie, at a loss to understand Latimer's connection to Conrad, delve deeper and uncover a shocking secret. Before they can decide how to act on it, Melanie's life comes under threat. Given warning by Remus, Flora doesn't hesitate to rush to her sister's aid without stopping to consider the consequences.

Will Archie's disability prevent him from saving the woman who has come to mean so much to him from her own headstrong determination ...

A Sense of Destiny (Perceptions Book 6)

As Flora Latimer settles into life as an independent young woman, she’s dogged by unwanted attentions from Jacob Yardley, the bishop’s nephew, and additional pressure from her father to marry Yardley.

Flora and Archie, the Marquess Felsham, return to Beranger Court, the home of Luke Beranger, the Earl of Swindon, to join his family for the annual autumn fair. Tension between Flora and Luke is tempered by the presence of Violet Baxter, a very pretty fellow guest whom Flora takes an immediate liking to. Violet is engaged to be married but distracted by fears that the death of her father may not have been an accident.
Someone murdered him.

Can Flora and Archie help Violet to find answers? Will the presence of Archie’s old mistress at the fair complicate matters? Why is Yardley in Ashton Keynes too and can anything come of Luke’s attraction towards Violet, a lady who is bound to another by a promise and strong family ties…

A Sense of Turmoil (Perceptions Book 5)

With the countess’s health failing, Flora knows that Luke Beranger, the Earl of Swindon, will want to be with her grandmother during her final days. Luke returns from a prolonged visit to his family’s estate in Boston, bringing with him Miss Ottilie Fleming and her brother George, who has been managing the Beranger’s interests in America for the past ten years.

Flora senses at once that Luke plans to propose to Ottilie. Suppressing her jealousy, she can sense no harm in Ottilie. The same cannot be said for her brother, whom Flora had been advised by Remus, her quixotic spirit guide, has ulterior motives.

Bereft by the death of the countess, Flora and Luke argue violently when she advises caution in respect of George Fleming. Luke makes accusations that he later regrets but cannot withdraw and which Flora cannot neither forgive nor ignore. Hounded by her family, only Archie Hardwick, now the Marquess Felsham, continues to offer her his support.

Heartbroken, Flora makes good on her intention to leave Beranger Court and set up home alone. But will her ambitious father leaver her in peace, and are Luke and Archie willing to let her go… 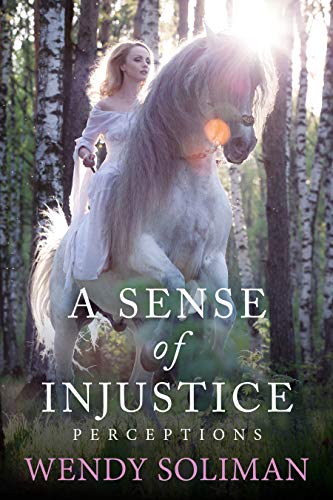 A Sense of Injustice (Perceptions Book 4)

Flora Latimer has come of age and is finally free from the influence of her domineering father. Happy in her position as companion to the eccentric Dowager Countess of Swindon, Flora endeavours to ignore her growing awareness of the handsome earl, Luke Beranger. Her difficulties increase when Lord Archie Hardwick, the earl’s closest friend, shows more than a passing interest in her—an interest that threatens to set the friends at odds with one another.

Flora is glad of a distraction when the countess asks her to befriend Louise Pearson, an heiress who has left London to pay a prolonged and unexpected visit to her grandmother and sister. Louise confides a dark secret to Flora, one so shocking that Flora is compelled to seek the earl’s help as well as that of Remus, her spirit guide, in an effort to prevent two ruthless and determined people from exploiting Louise in the worst possible manner.

As Flora and Luke fight to protect Louise’s reputation, Flora finds herself embroiled in danger from an unexpected quarter. Will Luke be in time to save her? And will Louise recover from the mistakes of her past and allow her feelings for Luke’s brother, Henry, to overcome her reservations…

A Sense of Misgiving (Perceptions Book 3)

Flora Latimer has enjoyed a quiet summer attempting to keep the spritely and slightly eccentric Dowager Countess of Swindon healthy and entertained. But with the onset of autumn and the nearing of her twenty-first birthday, Flora’s prescience warns her that her father’s attempts to force her back to her childhood home will gather momentum. Her fears prove justified when Luke Beranger, the current earl, returns from a shooting party and receives a letter from Flora’s father, threatening to reveal a terrible scandal that will ruin his family’s standing if he doesn’t dispense with Flora’s services.
Matters become more complicated when Lady Mary, Luke’s sister, is attracted to Captain Redfern, an injured war hero. Mary is unaware of Latimer’s threat and the fact that it is only Redfern’s family who could have started the rumours. Luke and Flora are unable to think why Redfern would spread unfounded gossip, especially since the captain seems determined to win Mary’s affections.
Flora learns of a bequest left to her by her late grandmother and suspects that whatever it contains is at the heart of her father’s determination to keep her under his control. What she actually discovers shocks her rigid. Can she find the courage to confront her father once and for all? And will Lady Mary survive the attentions of a brutal, vengeful and unbalanced man… 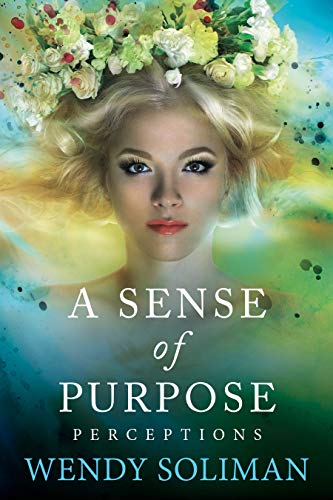 A Sense of Purpose

Flora Latimer, companion to the increasingly eccentric Dowager Countess of Swindon, has swiftly made herself indispensable to the entire family. In so doing she must fight her highly inappropriate attraction towards Luke Beranger, the current earl. Flora revels in the freedom that separation from her puritanical and overbearing father affords her, allowing her natural spirituality to come to the fore.

When Miranda Defoe, a recently orphaned neighbour, returns to the district, Flora’s sixth sense compels her to protect the young woman from the Coopers, a family which has latched onto Miranda for her inheritance. As the relationship between Miranda and Luke’s brother Charlie progresses beyond their platonic childhood friendship, Miranda’s independence and strength of character puts her innocence at risk.

It seems that the Coopers will stop at nothing to gain control of Miranda’s fortune. Can Flora and the Berangers come to her aid before her honour is compromised and before the growing threat to her life becomes a reality…

A Sense of Belonging

Second sight - a blessing or a curse? Flora Latimer has a gift. Precognition, second sight, telepathy, call it what you will. But her status as the eldest daughter of a strictly religious and overly ambitious cleric means that her gift must go unrecognised during her dour and bleak upbringing. Eventually she escapes her crushing restrictions and the prospect of an enforced marriage to work as companion to the elderly and eccentric Dowager Countess of Swindon, where she swiftly discovers a new sense of belonging in an opulent and aristocratic rural setting. But it’s not long before her gift gets her into trouble. She senses a conspiracy to trick Luke Beranger, the Earl of Swindon, into matrimony. Ghosts from the Earl’s past have returned to haunt him, and he will need all Flora’s help if he is to untangle himself from their clutches.